Welcome to the latest Oxygen Health & Fitness Weekly Wrap. Our July Programming for Power is working a treat with more evidence of that expected to show over the coming week and a half. During this time, some serious athletic feats will unfold that people have been training their entire lives for as Oxygen enters a novelty week of training that coincides with the Commonwealth Games. There’s still going to be lot’s of hard work as usual but plenty of fun and games along the way.

Week 6 of the 13 week Winter Warrior Challenge saw a few lower than normal  attendances but still some solid efforts. I missed three of my usual sessions away in Brisbane last week compiling only 4 sessions to bump my tally up to 37/77. The good news is I planned ahead for those days at the start of the challenge and calculated them into my Tally.

I mentioned last week not to beat yourself up too much if you miss a session. If it does happen just focus on the next session because dwelling on poor performances wont get you anywhere. In saying that, if you have struggled to get going, or you’ve had a number of average weeks in a row, it’s time to stop making excuses and get $hit done! Nobody else is going to do this for you so get serious, take personal responsibility and make it happen.

One of the more enjoyable Saturday sessions in a long time! We had some newbies to the round ball game as well some seasoned campaigners who had been there and done it before. The Teams were evenly split (so we thought) and a penalty of 5 burpees for every goal was announced so play got underway at Surf Beach. It wasn’t long into the game before a rocket from Lorien Spooner Hart from almost halfway smashed into the back of the net. The tone was set, alarm bells started ringing. Jade Braun took that as her signal to step up and proceeded to boot home 2 more goals, some with deft touch, another with power and precision. Our Team was looking tired from all the burpees but we managed to get our act together with 2 goals, one a cracker from Kayla Wrigley.
In the end the scoreline was 4-2 and the only reason the game stopped was because everyone was completely buggered. All in all it was a great fun way to change up our Saturday Kiama fitness routine.

The Oxygen Mixed Touch Footy Team are still undefeated in the Friday Night Comp at Jamberoo. With the opposition Team fielding one extra guy and our own team down one guy at times, we played admirably to score a 5 all draw against a quality team last week.

There’s two more regular rounds to go before the Grand Final Day on Sunday August 3rd. Book it into your calendar Oxy fans, it’s a great day of entertainment.

For the latest Spartan Insider VIP Newsletter click through to the blog here.

This week’s award goes to a guy who has maintained great consistency despite injury.  Bruce recently had minor surgery on his knee but after devising a plan with some alternative exercises, finishers and conditioning drills Bruce has been able to still attend all his usual sessions. He’s had his own different Sled drills to do and he’s becoming a bit of a master with both the Battle Ropes and Kettlebells. Still, he’s putting in and been able to collate plenty of Performance Points to earn the title of Member of the Week. Yes Brucey!

I keep finding boxes of excess tubs of BioTrust Protein Powder. It is THE BEST tasting, preservative free Whey Protein Powder on the market period. It’s made with natural ingredients, it’s hormone free with no artificial flavours or colours. You can normally only get 1 bottle for $49 (plus shipping from the US).
I now have 5 Vanilla and 2 Chocolate so if you want some great tasting protein powder at a great price, reply email.

If you do miss out you can always purchase some at our Kiama Nutrition Website here.

JAMBEROO TOUCH GRAND FINAL DAY
Come out and cheer on the Oxygen Mixed Touch Team in their quest for Grand Final Glory. Games start 10am. 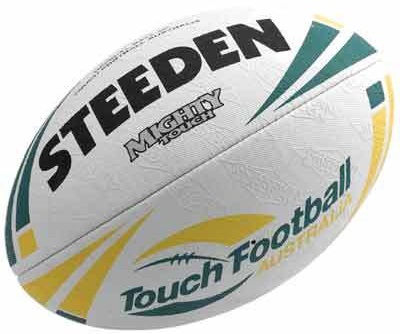 SYDNEY TOWER STAIR CHALLENGE
I’ve personally done this unique event 3 times and it’s my kind of fitness event – short, sharp, intense and followed by a Corona and some great views at the end. It took me 10 and a half minutes to run the 1504 steps of Sydney Tower a few years ago with the Men’s winner running in an incredible time of 6 and a half min. Click here to register.

TOUGH MUDDER SOUTHERN HIGHLANDS
The obstacle course described as “probably the toughest event on the planet” is a worldwide phenomenon. This year’s Sydney event is conveniently located in the Southern Highlands and having done this event I must admit it is one of the most challenging but rewarding things I have ever done.
20km of obstacles, fire, ice water and electric shocks sounds fun right? Did I mention there’s A LOT of mud?
With a number of Oxy’s keen to have a crack at their first event, I have registered a team here.
The reason I have included this so far out from the event date is because if you register before August 21 you’ll only pay $145.