I wanted to bring a real fitness event to Kiama after a few fun runs had come and gone. It had to be something that took in some of Kiama’s 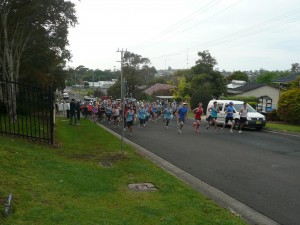 I didn’t have to look past my front  door,  all signs led to the Kiama Rotary Club, which the community got on board to support. Australia’s Toughest un Run was born.

The emergence of a new generation of Yellows saw them become a competitive force. They were the only team not to lead all week, until the Saturday that is. They finished off with the 100 100’s and captured their maiden title. 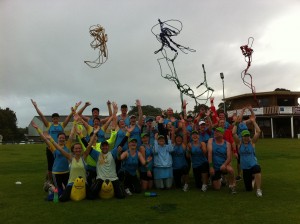 I got introduced to a woman who would go on to become an integral part of the Oxygen team. She submitted her resume to me and told me of her desire to change careers, which is a gutsy thing to do at any age, let alone 37. I appreciate that quality in people. I told her the best thing to do would be to come along and do a few workouts with us to see how we operate  and also to meet some of our clients. I already held her in good stead because of the family she came from, but her friendliness, fitness level and eagerness to learn impressed me. 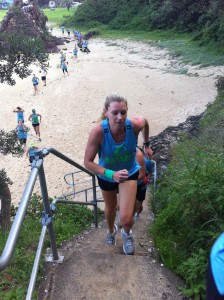 Jill Files has since been a smashing hit motivating and instructing our clients. She’s stepped out of her comfort zone a lot to completing her longest ever run, City 2 Surf, scaling the heights of Tough Mudder, building some impressive strength and becoming a brilliant GREEN leader, turns out she’s not 37 either….

The 2nd Toughest Fun Run in Australia, The Wanda Xtreme 6, was a great challenge early in the year for the dozen Oxygen Clients that went up. It scaled about 8 monstrous sand dunes that got the legs burning and the heart pumping. Happy Australia Day! 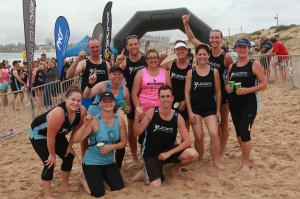 The 2nd Annual Push Ups for Charity Event required participants to smash out as many Push Ups as possible in 90 seconds for the Make A Wish Foundation. Troy Gent was in the Top 5 fundraisers throughout Australia in an event that collectively raised over $200,000 in a minute and a half! Oxygens fundraising tally was $3,500  which was 4th highest out of more than 60 fitness businesses around the country. 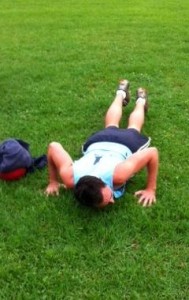 It all started with the “5 Week Fitness Formula” Boot Camp we advertised which brought in 34 new and past clients who’s first day was the start of Challenge Week. With GREEN,RED & YELLOW having won the past three titles, the BLUES needed to start strong. With some new recruits including Hayden Bombaci, Lisa Morris and Emilia Shelton the BLUES won the first session and never looked back. They led all week and narrowly pipped the GREENS to win their first title and add even more competition to what is the most competitive of contests. It also intruduced some great new clients in Dan and Amber Turnbull, Claire Osborne and the Fannings to name a few. 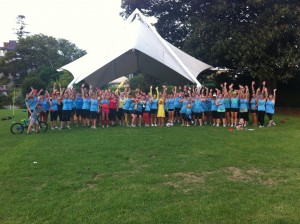 A fusion of INTERVAL RUN,BOXING AND STRENGTH was the recipe for my 30th Birthday. 30 30m sprints, 30 sec HARD boxing rounds and 30 reps of different strength exercises was a great start to a Saturday morning, wasn’t it?

Cataract Scout Park was the venue and we all got down and dirty in the obstacle course known as Challenge Valley ( How appropriate). We crawled through pipes, trawled through mud and sprawled our bodies over some great heights. It put a few people out of their comfort zone but  was confidence building and a ton of fun. 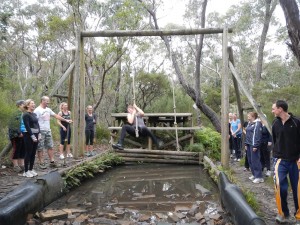 Our annual Town of Residance games coincide with the State of Origin Series and is always a great way to change up our regular INTERVAL RUNS. It also gives me a look at what talent I have to recruit for our Oxygen Mixed Touch Footy Team that plays in Jamberoo on Friday night. I liked the look of Wendy Boles, Gil Wishart and Kylie Thompson but as a package deal they were too expensive. Leanne Williams was also good but as a marquee player we couldn’t fit her under the salary cap. Lisa Morris was one rookie we could afford and she’s a star in the making.

I’ve searched far and wide to find a Nutrition system I believe in and is easy to understand. It took me 12 years to find it but I did and it’s called Precision Nutrition. Body Balance was designed with three goals in mind- to look better, to feel better and to perform better. Over the 12 weeks of winter  our perticipants got their bodies back in balance and have created habits, that for many, will last a lifetime. There were some great results too with cenitmetres shedding and weight/ body fat dropping. Our winner Anthony Hammond dropped 10kg, 10% body  fat and a staggering 79cm! More importantly we found the perfect partner in crime for the Oxygen Fitness system.

It’s an event watched by billions of people around the world. It only comes around every 4 years. Champions will stand up. Moments of glory will be captured. Dreams will be realised. I’m of course talking about the greatest spectacle on earth…. The Oxygen Olympics!

We created a timetable with challenging Olympics sports and activites, and after dividing the members into 4 countries… Russia, China, USA and Great Britain, the games begun! We saw triumphs, and losses, hair pulling and tackling but most of all team members having fun! In the end it came to an Olympic Gold  for USA!!!

Another advertised Boot Camp to coincide with Challenge Week saw 7 new clients come on board with 3 in perticular Mitch and Nicole Lark and Sam Fanning becoming a consistant part on the scene.

Dubbed “The Toughest Event on the Planet”, the popularity of Tough Mudder has exploded around the world. We put together a team of 8 people and with the training we’ve done at Oxygen were pretty well prepared(or a lot more prepared than some people!). We covered 19km, scaled 4m high obstacles, crwaled into pitch black tunnels, dived into ice water, got knowcked out by 10.000 volts of electricity and got VERY muddy. It’s one of the Toughest Workouts I’ve ever done, but we survived!

With some bold plans in placeand more managerial help from the Rotary Club, we managed to double participation numbers from last year with smack on 250. It raised over $14,000 including over $8000 in profit. I can’t wait to see where this event will be in five years! 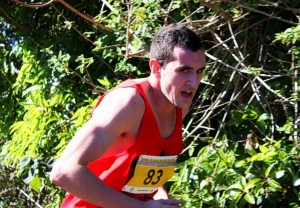 It was set to be the most competitive series yet given that all four teams were gunning for the 2nd title. Some great new challenges as well as a few challenge week classics made for another enjoyable but different week and the YELLOWS took out another title with strong a performance in the finale. 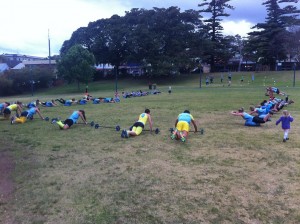