Just back from the funeral of Norbert Ehlbeck at Kembla Grange today. Obviously a sad day, but it was a beautiful service attended by hundreds of people and I’ve never seen a widow be so brave and compose herself so well.

A fairly new addition to the Oxygen Health & Fitness family, Norbert turned up to his first Oxygen session only 6 weeks ago with no idea what he was up for. Being the second day of Challenge Week it was probably best he didn’t know. He hopped off his beloved motorbike, waltzed over to us to grab some equipment and proceeded to do a Yoga session wearing camouflage motorbike pants. He stretched out muscles he didnt know he had, almost tore his bike pants right up the middle but survived and his journey with us was underway.

Over the next 5 days he turned up again and again, putting his body through more exercise and muscle soreness than he had in the last 25 years. He had a warm, friendly personalityand great sense of humour that quickly attracted other Members to him, especially his fellow Yellow Team Challengers. By the end of the week he had a new circle of fitness buddies who raved about his efforts and encouraged him to attend our Oxygen Challenge Week Presentation to relax with a drink and celebrate an enjoyable week. He brought along his wife Wendy, who was the one that rang up to register Norbert for our 5 Week Boot Camp.  I managed to have a quick chat with her and she had mentioned how much he was enjoying himself and how friendly and welcoming the group was towards him. It was easy when he was such a friendly, funny and hard working guy. During the Challenge Week Presentations, Norbert was named the Yellow Team MVP and thoroughly deserved it. For a 50 year old guy with not much exercise history to turn up, not knowing anyone and work his butt off the way he did, what an inspirational guy.

Tragically, last Tuesday 10th April Norbert was killed riding his beloved motorbike in a head on collision along Jamberoo Rd.

He died doing what he loved and his passing gives us all a reminder to do the same.

Enjoy life, be healthy, laugh, don’t sweat the small stuff. You never know when your time’s up. 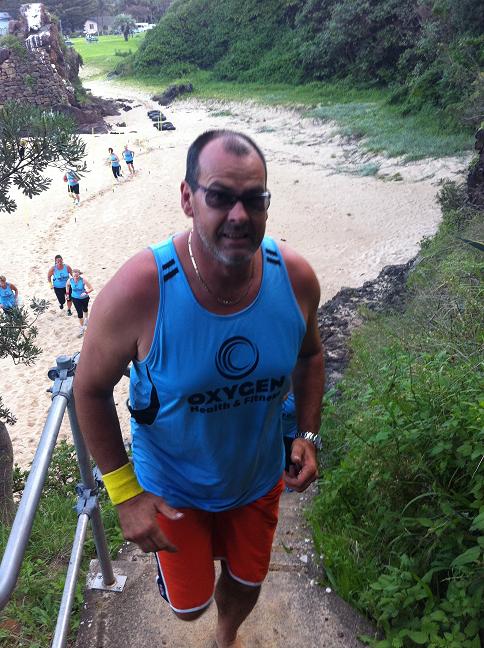